Which certainly conveys a sense of a veritable boom going on in the construction sector future activity pipeline. Yes, tripling of the apartments permissions and doubling of total dwelling permissions.

But here are the numbers in their more sober presentation. Please, mind - these are numbers from CSO itself.


You can judge the trends for yourself in the following charts: 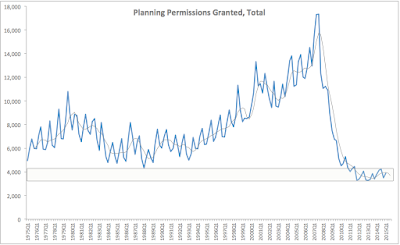 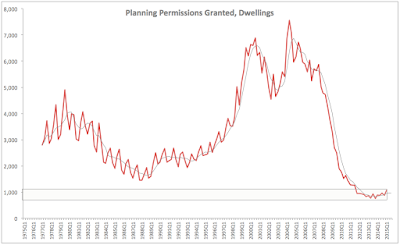 Or maybe a boom here? 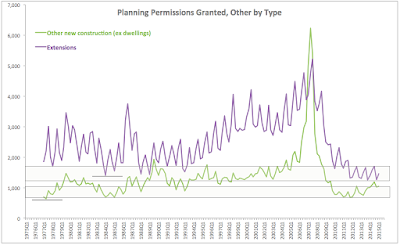 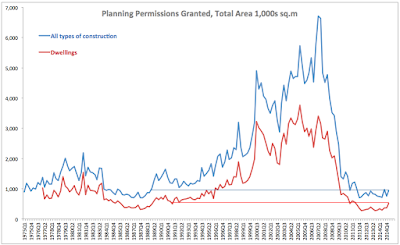