Time to tally up BRICs PMIs for May. 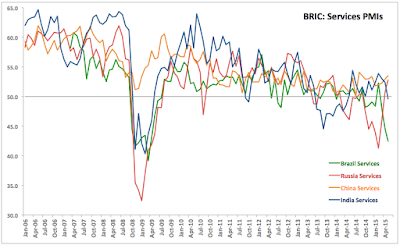 As the charts below shows, on a composite side, Russia has now reversed - for the second month running - previous trend and is now acting as a positive growth contributor to BRICs aggregates. The rest of BRICs, however, are acting as a drag on growth, especially when it comes to Brazil. 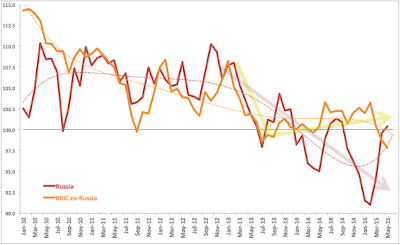 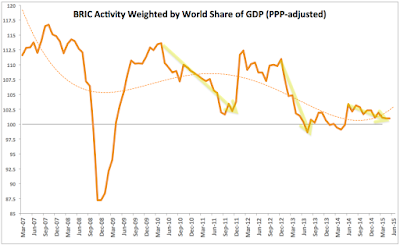 Table below summarises recent changes in the PMIs for both components across all BRICs:

Posted by TrueEconomics at 8:28 PM