IMF just published its Fiscal Monitor Update for July 2012 with some interesting data. I will focus here on forecast changes and updates to Advanced Economies, including Ireland. 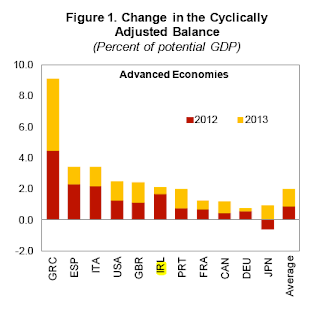 Chart above shows changes in the cyclically adjusted fiscal balances (structural deficits) which clearly highlight Ireland as a relative laggard in the fiscal adjustment process. Despite this, IMF concludes in the case of Ireland that: 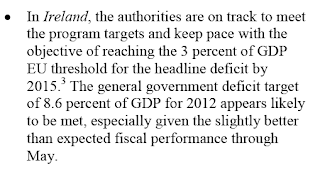 Not exactly time to grab champagne yet... In its Table 1 IMF supplies Fiscal Indicators for the countries for 2008-2013 period, inclusive of revisions from April 2012 report to July 2012 report. And I plotted these in the charts below: 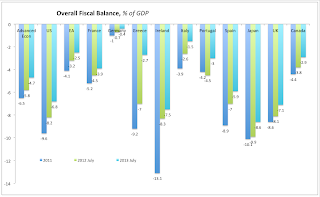 Clearly, Ireland had the worst fiscal deficit in 2011 of all EA17 states covered by the IMF update.  But we are also expected to post the worst deficit in 2012 and 2013.

Adding insult to injury, chart below shows that IMF downgraded our deficit cutting prospect for 2013 by 0.2 ppt, which is the worst case (on par with Spain) of a downgrade for an EA17 state covered. Note: we did get an upgrade from April to July forecasts for 2012 results. Let's take a look at Cyclically-Adjusted Deficits measured as % of potential GDP (aka structural deficits): 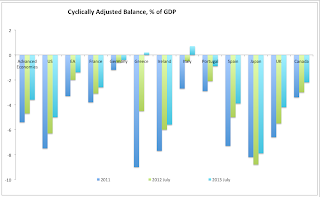 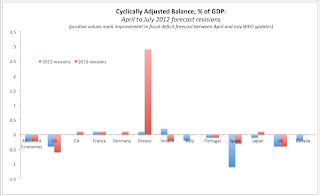 Now, what about that fabled Irish leadership in austerity? Chart below shows the depth of structural deficits reductions from 2009 through 2012 (forecast consistent with July update): 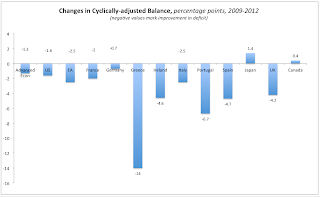 And the really worrisome update is reserved for Government debt levels. Back two years ago I predicted that Irish debt/GDP ratio will top over 120% marker. Back then, I was criticized for this because an army of our 'green jersey' economists and commentators decided that 120% is a magic number we will never reach. The reason for their ardent defense of this imaginary line in the sand is that they bought into the ECB and EU line that 120% is 'sustainability bound' for public debt. Of course, I never aligned with the idea that 120% debt/GDP ratio is a magic 'sustainability bound'. But, now, take a look at chart below: 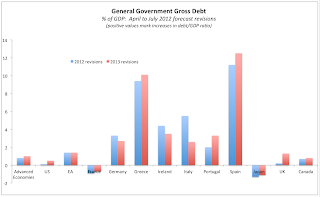 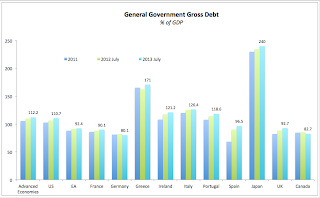 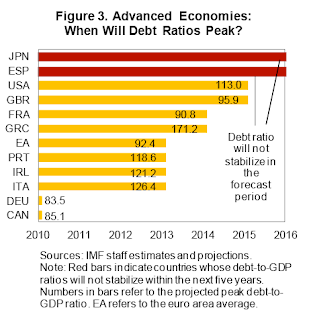 i want to know more information about that. how i get that? please reply as soon as possible…