What on Earth is going on in Portugal? Here are some views:

1) By Ambrose Evans-Pritchard, the headline that says most of it: “Eurozone crosses Rubicon as Portugal's anti-euro Left banned from power” with a sub-head that says the rest: “Constitutional crisis looms after anti-austerity Left is denied parliamentary prerogative to form a majority government”. Key quote (emphasis is mine): “For the first time since the creation of Europe’s monetary union, a member state has taken the explicit step of forbidding eurosceptic parties from taking office on the grounds of national interest. Anibal Cavaco Silva, Portugal’s constitutional president, has refused to appoint a Left-wing coalition government even though it secured an absolute majority in the Portuguese parliament and won a mandate to smash the austerity regime bequeathed by the EU-IMF Troika.” Read the rest here.

2) By Chris Hanretty (University of East Anglia) sums up the facts about the President Silva decision that contrast with the common narrative that the President has forbidden Eurosceptic parties from gaining power. Read his points here.

3) And a view from Portugal’s president which clearly postulates the primary reason for his decision to re-appoint Prime Minister, Dr. Pedro Passos Coelho was the objective of ensuring continuity with Portugal’s commitments to the Troika and stability of policy formation. The considerations of democratic traditions and rules were instrumental to that primary objective.

4) So perhaps the better summary of the events unfolding in Lisbon is the more balanced report from Simon Nixon for the WSJ. “Undoubtedly, Mr. Cavaco Silva helped fan such talk with what even some of his own party concede was an ill-judged televised address in which he cited the need to maintain the confidence of markets and adhere to the country’s European destiny among the reasons for his decision. Yet the reality is that Mr. Cavaco Silva has acted fully in accordance with the constitution, which gives the directly elected president wide discretion in the appointment of the prime minister.”

And another fact that is beyond any doubt: Portugal’s electorate is split. Very seriously split. And there is little hope of consensus emerging any time soon. 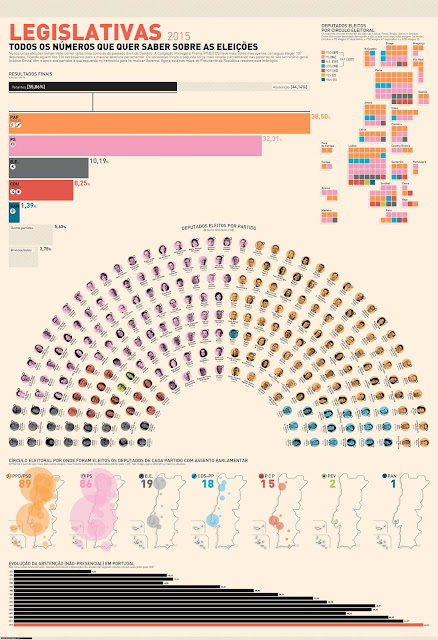 Posted by TrueEconomics at 8:15 PM