Merry Christmas to all! And in spirit of the holiday, time to revive my WLASZE: Weekend Links on Arts, Sciences and Zero Economics postings that wilted away under the snowstorm of work and minutiae, but deserve to be reinstated in 2016.

[Fortunately for WLASZE and unfortunately for die harder economics readers of the blog, I suspect my work commitments in 2016 will be a little more balanced to allow for this...]


Let's start with Artificial Intelligence - folks at ArsTechnica are running an excellent essay, debunking some of the AI myths. Read it here. The list is pretty much on the money:


The topic is hugely important, extremely exciting and virtually open-ended. Perhaps of interest, I wrote back in 2005 about the non-linearity and discontinuity of our intelligence as a 'unique' identifier of humanity. The working paper on this (I have not revisited it since 2005) is still available here.

Update: another thought-provoking essay - via QZ - on the topic of AI and its perceived dangers. A quote summarising the story:
"Elon Musk and Stephen Hawking are right: AI is dangerous. But they are dangerously wrong about why. I see two fairly likely futures:

Personally, I am not sure which future will emerge, but I am sure that there is only one future in which we - humans - can have a stable, liberty-based society. And it is the second one. Hence my concerns - expressed in public speeches and blog posts - with the effects of technological innovation and the emergence of the Gig-Economy on the fabric of our socio-economic interactions.

At any rate... that is a cool dystopian pic from QZ 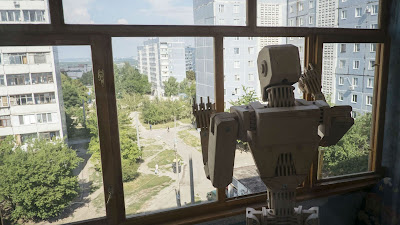 Dangers of AI or not, I do hope we sort out architecture before robots either consume or empower us...

On the lighter side, or may be on a brighter side - for the art cannot really be considered a lighter side - Saatchi Art are running their Best of 2015 online show here: http://www.saatchiart.com/shows/best-of-2015 that is worth running through. It is loaded with some younger and excitingly fresher works than make traditional art shows. 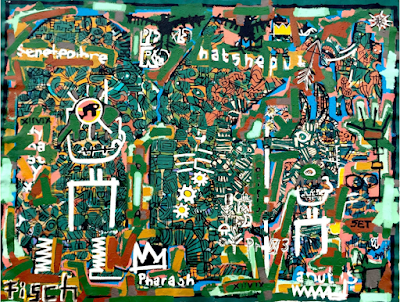 All the way to the hyper-expressionist realism of Tom Pazderka, here is an example of his Elegies to Failed Revolutions, Right Wing Rock'n'Roll 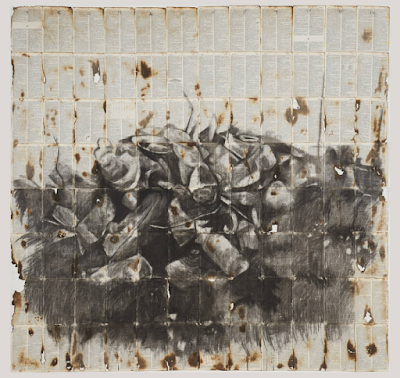 And for that Christmas spirit in us, by Joseph Brodsky, translated by Derek Walcott (for a double-Nobel take):

The air—fierce frost and pine-boughs.
We’ll cram ourselves in thick clothes,
stumbling in drifts till we’re weary—
better a reindeer than a dromedary.

In the North if faith does not fail
God appears as the warden of a jail
where the kicks in our ribs were rough
but what you hear is “They didn’t get enough.”

In the South the white stuff’s a rare sight,
they love Christ who was also in flight,
desert-born, sand and straw his welcome,
he died, so they say, far from home.

So today, commemorate with wine and bread,
a life with just the sky’s roof overhead
because up there a man escapes
the arresting earth—plus there’s more space.

Merry Christmas to all!

Posted by TrueEconomics at 10:16 PM