Here are actual letters between Michael O'Leary and Mary Coughlan, TD that have made so much press recently.

Thank you for your letter of 10th February 2010 which was received in my office by post today.

Needless to say I was very disappointed to learn of the decision of Ryanair to locate its new investment in Prestwick despite our best efforts, through IDA Ireland, to secure the investment for .

You will recall that there were two obstacles to progressing this matter. Firstly, your reluctance to talk to the DAA which owns Hangar 6 and secondly the fact that Hangar 6 was being occupied by another party. A number of options for developing facilities at were put to you. Those options included the possibility of new hanger facilities being constructed at which seems also to be the basis on which the new facility at is being accommodated.

I can assure you that the Government is most anxious to secure further investment from Ryanair at or indeed at another . The IDA, in the first instance, are available immediately, as are the DAA, to continue discussions with Ryanair. The IDA are satisfied to continue to act as broker and point of contact for Ryanair.

Mary Coughlan T.D.
Tánaiste and Minister for , Trade and Employment

Nothing else to add here.

This is from Ryanair:

Ryanair, today (16 Feb 10) released photographs of what Hangar 6 is being used for today – precisely nothing. These photographs were taken at approx. 9am this morning and show no heavy maintenance work going on in the hangar, at a time of year when it should be full of aircraft undergoing heavy maintenance. This is why 800 SRT engineers are on the dole today.

Ryanair today made the point that Aer Lingus have a long-term heavy maintenance contract for their entire fleet of 35 aircraft in France and therefore has no requirement for the Hangar 6 facility. Ryanair believes that the DAA lease to Aer Lingus was designed solely to block Ryanair’s request for this facility which was submitted to the Tánaiste last September at a time when Ryanair was offering to create 500 maintenance jobs at Dublin Airport.

Ryanair also today released an extract from its DAA lease agreement for Hangar 1, which contains a standard clause in all DAA lease agreements allowing the DAA to terminate leases and relocate licensees (such as Aer Lingus in Hangar 6) should the DAA require the facility.

Ryanair’s Stephen McNamara said: “We are releasing these photographs and this extract from a DAA licence agreement to demonstrate two things:

1. that Hangar 6 is unused and Aer Lingus’ line engineers have no use for this large heavy maintenance building and,

2. to prove that the DAA has lied again when they claimed that Aer Lingus has a 20 year lease over Hangar 6 and cannot be moved.

“These photographs and this information proves yet again that the DAA has lied to the Govt and the public and has, we believe, misled the Tánaiste last September and again recently when they claimed that they had other parties interested in using the Hangar 6 facility for heavy maintenance. These false claims show why Ryanair cannot and will not deal with the DAA”. 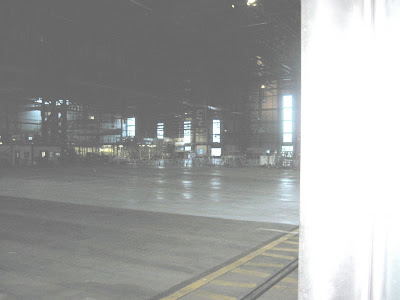 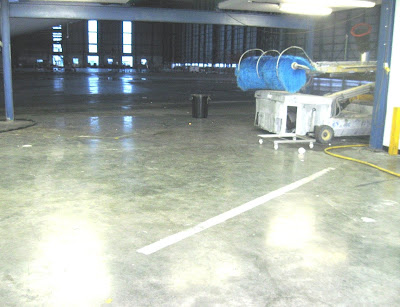 Posted by TrueEconomics at 11:52 AM

So the agency tasked with attracting commercial investment the Department of Enterprise's civil servants are refusing to answer the phones. It seems when it comes to job creation FF can only do one thing, create a quango and stuff it with their pals. I can see this ending badly...