While the current cycle of declining interest rates has been running for at least 25 years, the most recent iteration of the period has been exceptionally benign. Since the end of the global financial crisis, Corporate and, to a greater extent Government, borrowing costs have run at the levels close to, or even below, those observed in the 1950s-1960s. 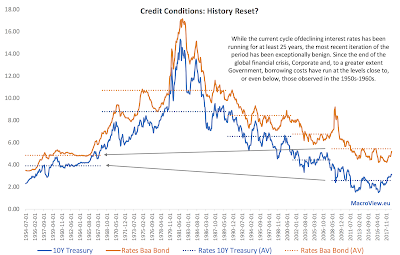 Since 2002-2003, FFR, on average, has been below the risk premium on lending to the Government & corporates. This has changed in 4Q 2017 when Treasuries risk premium fell below the FFR and stayed there since. In simple terms, it pays to use monetary policy to leverage the economy.
Not surprisingly, the role of debt in funding economic growth has increased. 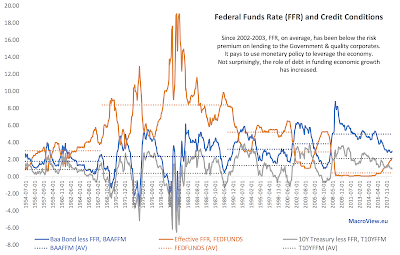 And, as the last chart below shows, the relationship between policy rates (Federal Funds Rate) and Government and Corporate debt costs has been deteriorating since the start of the Millennium, especially for Corporate debt: 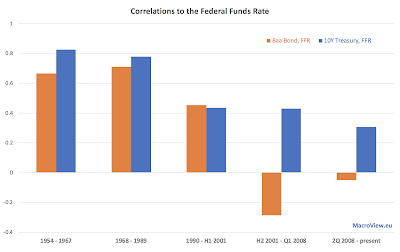 Posted by TrueEconomics at 3:36 PM