BRIC PMIs are in, although I am still waiting for Global Composite PMI report to update quarterly series - so stay tuned for more later), and the first thing that is worth noting is that, based on monthly data: 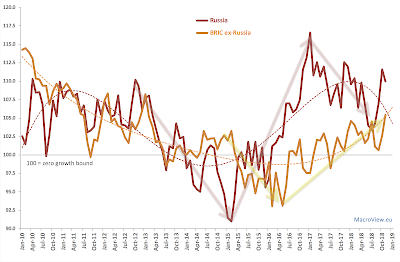 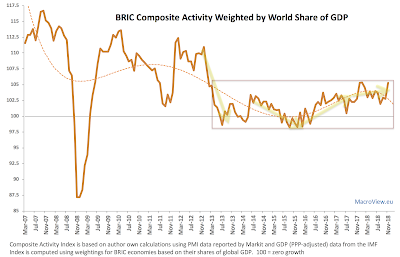 Overall, as the chart above shows, BRIC economies contribution to global growth momentum has accelerated in November, but remains bound-range within the longer-term trend of weaker BRIC growth for the last five and a half years.

As noted above, I will be posting more on BRIC growth dynamics signalled by the PMIs once we have Global Composite PMIs published by Markit. Stay tuned.

Posted by TrueEconomics at 1:07 AM