IDA have launched their new long-term strategy document that is worth taking a look. Here are my own observations:
“I am delighted to take up the role of chairman of IDA as we launch a new strategy... There are great challenges before us but there are also great opportunities. The sweeping changes in technology and the world economy outlined in this document promotes [sic] an increased sense of urgency as we change the way IDA performs its mission. I have full confidence that the expertise and energy IDA staff bring to the task will ensure we remain one of the world’s most admired agencies for promoting FDI.” [a bit of self-loving here?]
Liam O’Mahony, Chairperson, IDA Ireland
I must confess, I like IDA guys. They and Enterprise Ireland side are the exceptionally rare parts of the public sector that actually work. One can question them from the point of the return on the euro spent (I have no knowledge of the metric, so this is a rhetoric question) but one cannot question their engagement with their work.
Thus, I actually looked forward to today’s release of the IDA strategy 2020 document. And as before, I loved the core theme of their imagery – signifier (perhaps too optimistic) of what Ireland should look like – modern, expressive and smart (not just in terms of technical brains, but in terms of broader, diversified creativity - alas, the signifiers did not match the strategy exactly). 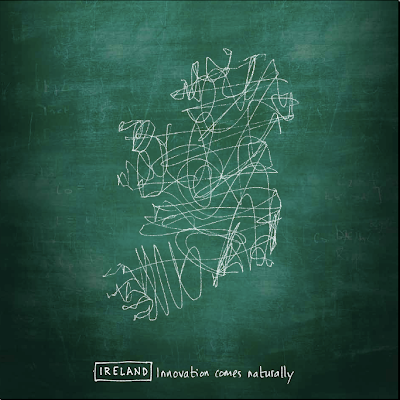 Now, IDA has two very competent, and professionally admired people at the helm – Liam O’Mahony and Barry O’Leary. This should get IDA moving. Maybe not quite into 2020, but certainly into 2010-2011.
So let me not pour too many accolades, and focus on what I usually do – challenges. And there are some in the 2020 strategy document. These are, as I say, challenges. It would have been nice to see them addressed in greater depth in Horizon 2020 document.
Tax policy - absent
Take the first and foremost policy instrument for IDA and for general economic development in Ireland – tax. IDA is keen to recognize the overarching importance of tax policy to attracting MNCs. But it fails to take stock of the more recent changes in tax regime and the ongoing changes in the business development and corporate investment environments.
“We have a young, highly skilled workforce and easy access to the best young talent across Europe. Our tax regime is compelling,” says strategy document.
Really? At 50%+ marginal tax rate on highly skilled and experienced talent? "Compelling" as in second highest in Europe? And adjusted for benefits what do we, the taxpayers, get in exchange for this rate?
Spatial Pipe Dreams
Oh, and there is another little thingy there – the mandate to “support regional development”. Yes – the Spatial Development Plan (or rather our Spatial Development Pipe Dream) is still there, folks. Hasn’t gone away along with all those empty country-side estates that were supposed to be ‘Gateways to Excellence”.
Of course, this is not IDA’s fault - both tax policy and spatial development illusion are domain of policymakers, but still – couldn’t internationally-aware guys like Barry O’Leary and Liam O’Mahony quietly slip this ‘regional development’ schlock into an addendum to an appendix of sorts?
Human capital? Whoa?!
Another interesting omission – also relating to the tax on human capital – is the lack of analysis of the threat to our demographic base from foreign competition for talent.
“With a comparatively younger population, with just 14% of Irish people over 65, Ireland will have a relatively larger proportion of highly skilled and educated workers from which to draw. [Well, that is actually not a foregone conclusion – having younger population does not mean one automatically ends up with a relatively larger proportion of highly skilled and educated workers] Ireland also remains a vibrant and attractive place for younger workers from within the EU, making it easier for multinationals locating here to attract young talent from the whole of the 500 million-strong European Economic Area.”
Really? Are we sure this will be the case? Even when Germany, France, and the rest of ageing EU starts paying higher wages to younger workers to attract them from abroad and to keep their own? Even when other locations worldwide start offering better quality of life and higher wages to younger workers? No, folks, to get that ‘demographic dividend’ we need to work hard to compete for talent globally. And this means putting in place things that IDA strategy does not mention:
and so on.
BRICs: back to the future
I liked IDA’s specific focus on BRICs, but the section on these countries is too thin on details as to how the agency plans to make serious in-roads in these markets. And there are deeper questions here:
Regulation - spot on
I liked that IDA is pragmatic – in this age of regulatory hype, this is an achievement – when it comes to recognizing the need for flexible, functional and not-too-burdensome regulation: “Ireland must ensure that it remains at the forefront of creating a regulatory environment that is robust, credible and ‘fit for purpose’ – one that does not place undue burdens on business.”
Creativity mark - C
In a departure with the past, IDA strategy does attempt to deal with the issue of business processes innovation and even strays into business model innovation. This is a fitting change from traditionally 'hard' innovation-driven agency. And it might, just might, sound like a warning shot to domestic sectors - 'Shape up, or lose out'.

But I thought a major weakness of the strategy can be found in the fact that in the entire document, words
are not mentioned even once and
is mentioned only once.
In the age of Twitter, technology is a direct outcome of creativity, not the other way around. In fact, the failure to more comprehensively deal with non-ICT, non-biotech, non-labcoat innovation and sectors puts a massive dent into the entire document. It makes me wonder – does IDA realize that Google, Twitter, Facebook, Apple, IBM, Microsoft – you name a success story in today’s IT & ICT world – are driven more by ‘soft’ innovation and only as a corollary – by technological platforms? I think they don’t – and this mutes that wonderfully designed, creative and aesthetically sophisticated advertising campaign that they feature on the inside cover of their report.

Again, to be fair to IDA - good effort is made to move from previously undefined 'Financial Services' objective toward more specific services-related areas. A bit of an eye-catching is the focus on Financial Analytics - an area where much needs to be done before we can attract into the country leading financial analysis firms. Perhaps, more realistic here would be to develop capabilities by using Ireland as a platform for attracting start-ups and early-stage companies in this area. Bary O'Leary does mention the latter (although not specific to the Fin An sector) in his key note, but again, the document could have had this specified in more detail.
So overall, a slight sense of disappointment, but also some hope that next time (and before 2019) IDA strategy will reflect deeper and more real change in the way the organization is actually starting to see the future. Encouraging signs are present in today’s document.
Posted by TrueEconomics at 10:17 PM