As promised in the previous post, here's the analysis of retail sales for April 2011. 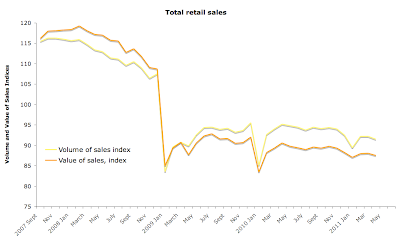 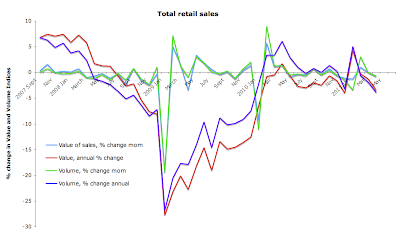 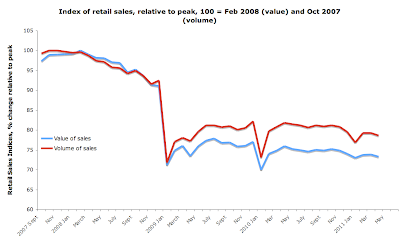 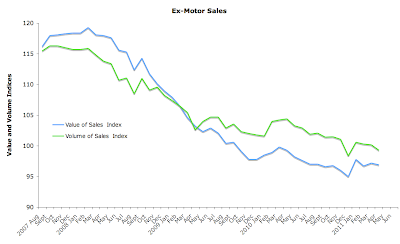 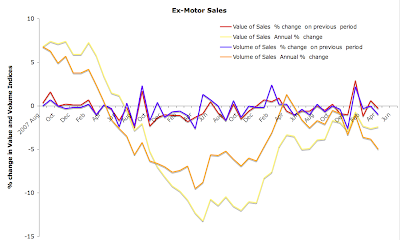 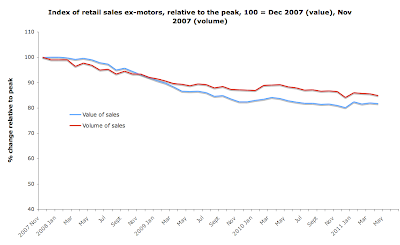 Sources of core declines were:
Lastly, some anecdotal evidence - reports by retail shop owners I had communications with - suggest that May might be another bad month for the sector already virtually decimated by the crisis.
Posted by TrueEconomics at 7:14 PM