This week, there were some champagne-popping media headlines about planning permissions print for Q3 2014 released by the CSO. So what's the hype was about, folks?

Starting from the top, total number of new planning permissions granted in Q3 2014 stood at 4,238. This represents a rise of 9.37% y/y and follows a decline of 4.25% y/y in Q2 2014. Sounds pretty solid, except when you look at the levels of activity involved. Which is so abysmally low, that a 9.37% rise is hardly an uptick worth boasting about.

Take a look at the chart: 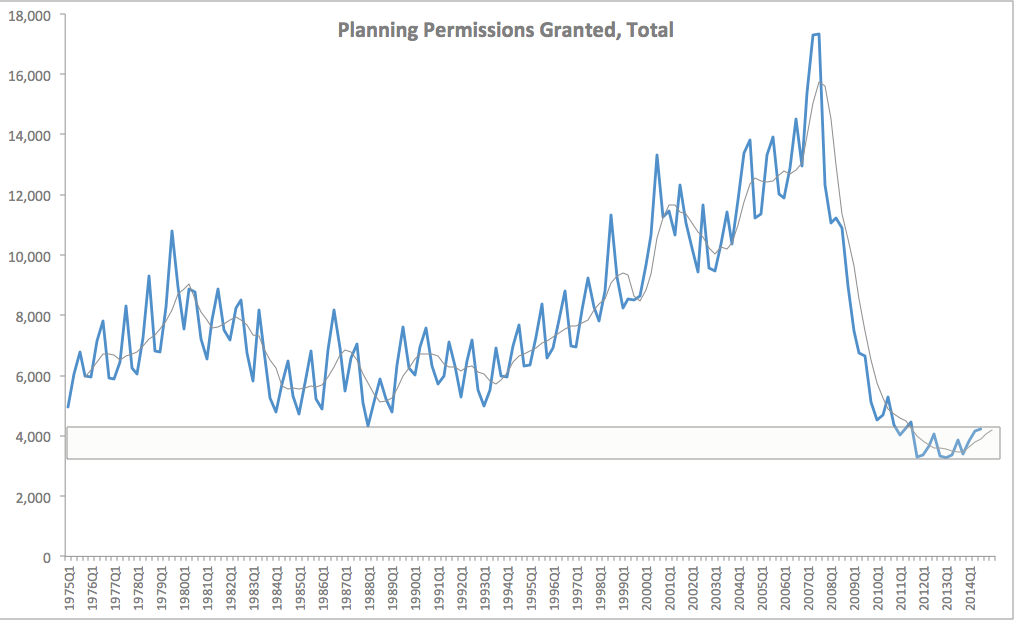 Firstly, the uptick is still within the range of activity between H2 2011 and present. Secondly, current level of activity is still below any quarter on record between Q1 1975 and Q3 2011. In summary, then, current print is worse than any quarter of the dreaded 1980s recession. And activity is still down 75.6% on pre-crisis peak. It is 29.4% above the current crisis trough, but Q3 2014 number of planning permissions is still 2.37% below the lowest point between Q1 1975 and Q3 2011.

Total area covered by planning permissions in Q3 2014 was up 18.35% y/y having posted a decline of 6.16% in Q2 2014. This sound great. But, again, levels of activity are too low to interpret these increases as much more than 'bouncing at the bottom'. Outside the current crisis, you'd have to go back to Q1 1989 to find comparable level of activity as measured by the square meters permitted. 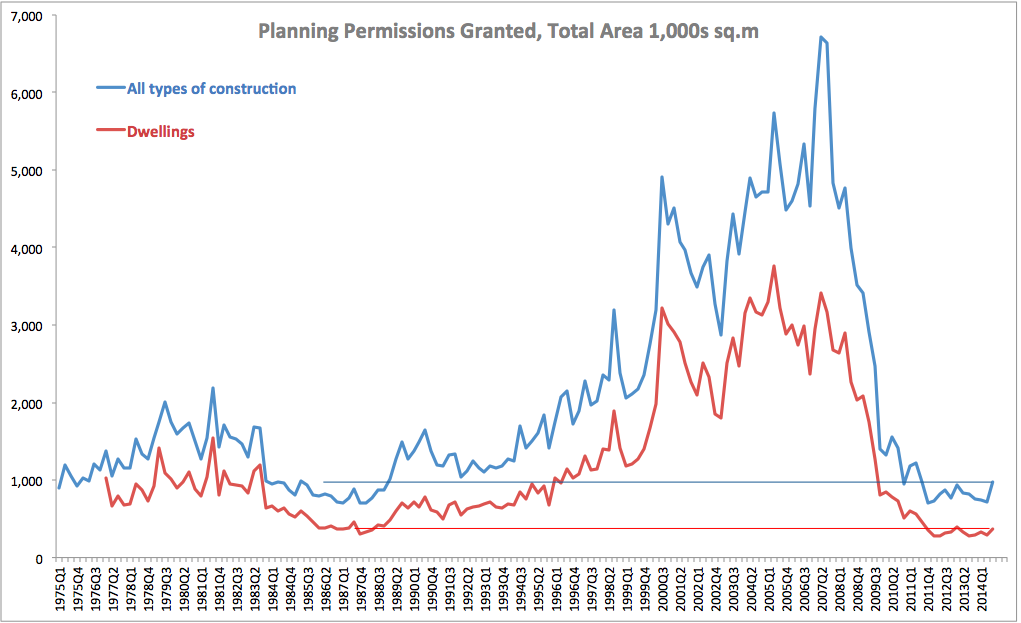 Worse, as the chart above shows, there is no life in the house-building sector. Area covered by new permissions when it comes to Dwellings is basically flat at the bottom of what already constitutes extremely poor activity. Q3 2014 still reads less than any other quarter from mid 1988 through Q4 2011.

In line with the above, number of new planning permissions for dwellings is itself trending in a narrow range at the bottom of historical records chart: 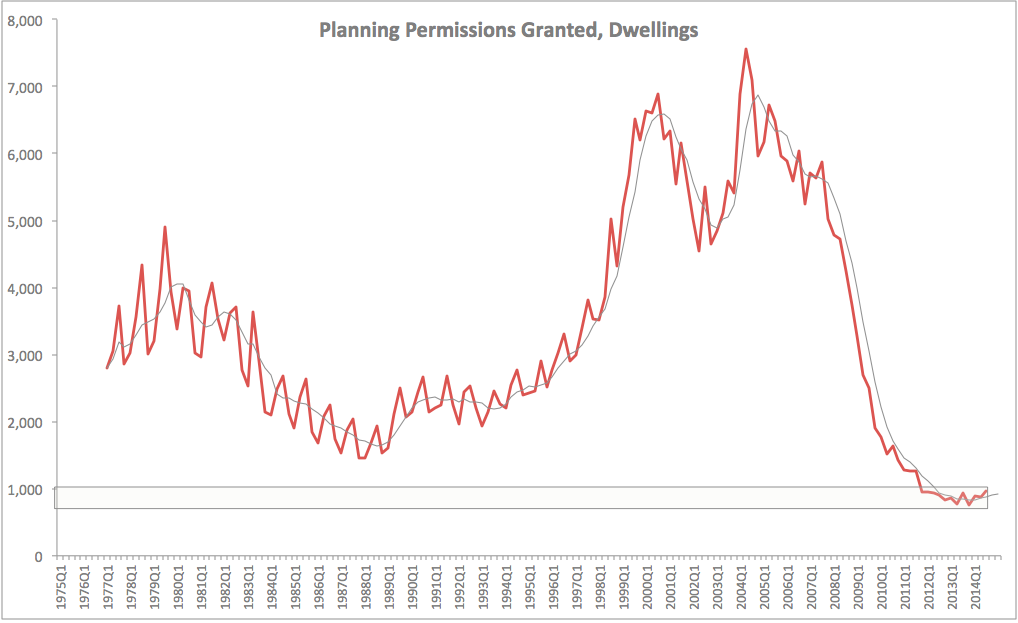 What is truly amazing is that seven (!) years after the start of the crisis and with property prices surging, there is absolutely no signs of life in the construction sector, when it comes to new planning permissions. None. Nada. And yet, Irish media is going off the rails spinning the small percentage increases as signs of upcoming 'boom'.
Posted by TrueEconomics at 6:23 PM