Here is the fifth post on QNA detailed analysis, covering sectoral distribution of activity in Q3 2014.

Now, onto the analysis of external trade figures. Again, y/y comparatives based on non-seasonally adjusted data. All in constant euros.

Exports of Goods and Services rose EUR53.084 billion in Q3 2014 up massive 15.52% y/y, which marks an acceleration in growth compared to Q2 2014 when the same rose 13.05% y/y. Over the 6 months through September 2014, compared to the same period of 2013, exports of goods and services rose 14.27%. This is huge growth and it comes in the face of serious global trade flows slowdown and currency headwinds.

Which, of course, begs a question: what on earth is going on? Let's try an decipher.

Remember, in Q2-Q3 2014, National Accounts book increases in exports of goods to the tune of EUR8.205 billion. In Trade Accounts, the same figure is EUR1.01 billion.

Of course, the two numbers are not exactly comparable, and there is a normal (or more like average) difference between the two, which is around EUR1 billion per quarter. But here we have EUR7 billion difference over 2 quarters.

Now, we've heard about 'strange' practices of outsourcing production by the MNCs, the pharma companies beefing up cost base shifting and other polite society's ways to create activity where none exists. May be the discrepancy is down to that. Or may be not. May be someone forgot the abacus and decided to count things using Mayan 'alphabet'… I do not know. But EUR6 billion unexplained 'gaps' are a bit too much for confidence building when it comes to reading GDP figures.

Still, let us soldier on.

As you would have noticed from the previous post, our 'recovery' ain't doing too well when it comes to people actually having much cash to spend. But we do have, at least officially, a recovery in exports. Let's chart the two: 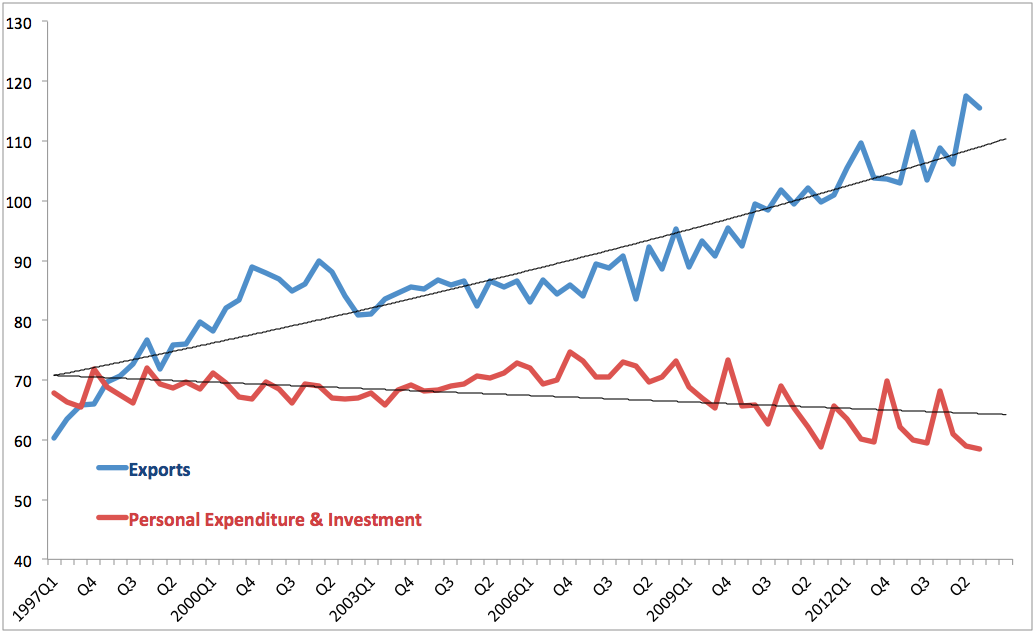 And plotting exports and imports: 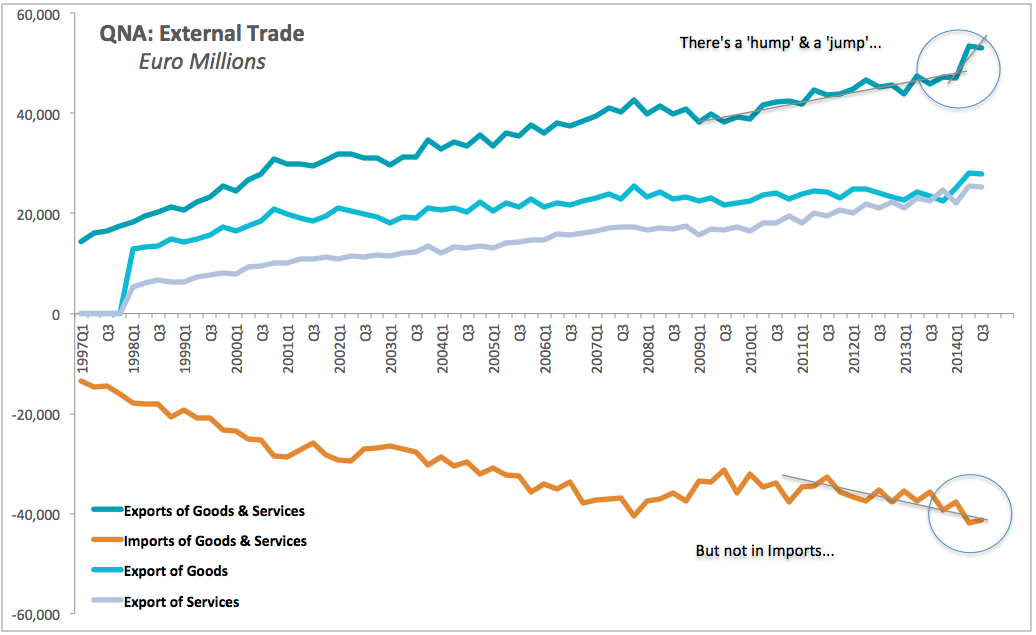 Chart above shows a curious situation: There has been a massive jump in exports in Q2-Q3 2014, but there has been no corresponding growth in imports. Now, keep in mind - imports include inputs into production of exports. And, oh silly us, they also include consumption goods. So how can there be such a dynamic trailing of exports relative to imports? Answers that are possible:


So, down to trade balance: 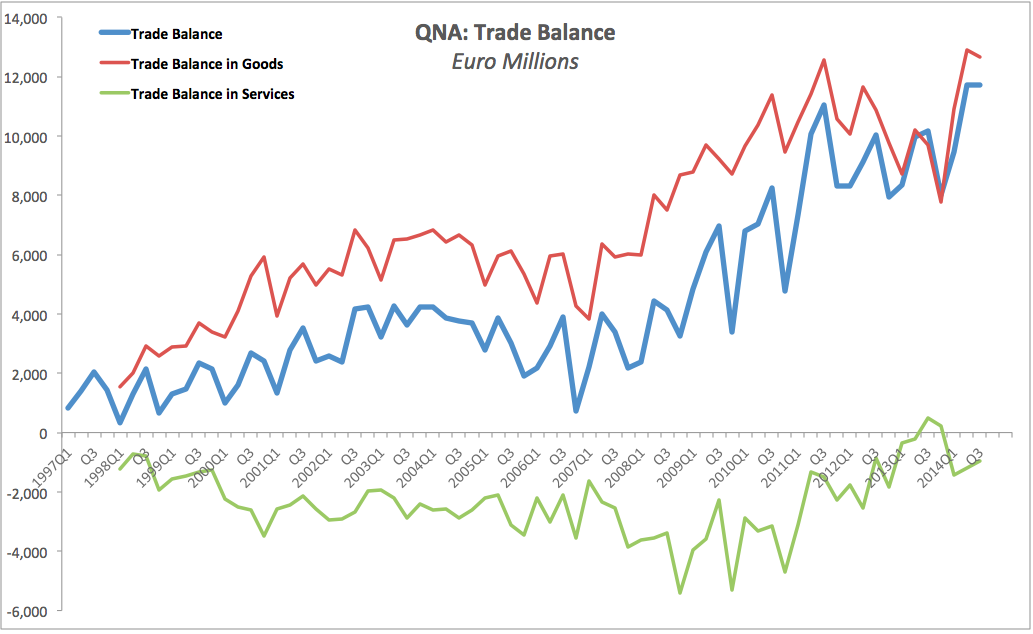 Meanwhile, trade deficit on Services side has expanded in Q3 2014 to EUR950 million from a surplus of EUR489 million in Q3 2013 - a swing of EUR1.439 billion in deficit. In Q2 2014, trade deficit on services side stood at EUR1.193 billion compared to EUR223 million deficit in Q2 2013. This meant that over the period of 6 months through September 2014, cumulated deterioration in trade balance in services in Ireland amounted to EUR2.409 billion.

All in, we have, as the first chart above shows, a robust 'exports-led' recovery. But, per discussion earlier, this recovery is suspect as it cannot be confirmed even remotely by the official trade statistics coming out of trade accounts. As Bill Gross says: "Something's fishy."

Posted by TrueEconomics at 8:06 AM