Since the end of the [acute phase] Global Financial Crisis, European banking regulators have been pushing forward the idea that crisis response measures required to deal with any future [of course never to be labeled ‘systemic’] banking crises will require a new, strengthened regime based on three pillars of regulatory and balance sheet measures:

All of this firms the core idea behind the European System of Financial Supervision. Per EU Parliament (http://www.europarl.europa.eu/atyourservice/en/displayFtu.html?ftuId=FTU_3.2.5.html): “The objectives of the ESFS include developing a common supervisory culture and facilitating a single European financial market.”

Theory aside, the above Pillars are bogus and I have commented on them on this blog and elsewhere. If anything, they represent a singular, infinitely deep confidence trap whereby policymakers, supervisors, banks and banks’ clients are likely to place even more confidence at the hands of the no-wiser regulators and supervisors who cluelessly slept through the 2000-2007 build up of massive banking sector imbalances. And there is plenty of criticism of the architecture and the very philosophical foundations of the ESFS around. 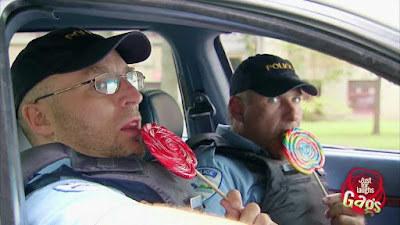 However, generally, there is at least a strong consensus on desirability of the deposits insurance scheme, a consensus that stretches across all sides of political spectrum. Here’s what the EU has to say about the scheme: “DGSs are closely linked to the recovery and resolution procedure of credit institutions and provide an important safeguard for financial stability.”

But what about the evidence to support this assertion? Why, there is an fresh study with ink still drying on it via NBER (see details below) that looks into that matter.

Per NBER authors: “Economic theories posit that bank liability insurance is designed as serving the public interest by mitigating systemic risk in the banking system through liquidity risk reduction. Political theories see liability insurance as serving the private interests of banks, bank borrowers, and depositors, potentially at the expense of the public interest.” So at the very least, there is a theoretical conflict implied in a general deposit insurance concept. Under the economic theory, deposits insurance is an important driver for risk reduction in the banking system, inducing systemic stability. Under the political theory - it is itself a source of risk and thus can result in a systemic risk amplification.

“Empirical evidence – both historical and contemporary – supports the private-interest approach as liability insurance generally has been associated with increases, rather than decreases, in systemic risk.” Wait, but the EU says deposit insurance will “provide an important safeguard for financial stability”. Maybe the EU knows a trick or two to resolve that empirical regularity?

Unlikely, according to the NBER study: “Exceptions to this rule are rare, and reflect design features that prevent moral hazard and adverse selection. Prudential regulation of insured banks has generally not been a very effective tool in limiting the systemic risk increases associated with liability insurance. This likely reflects purposeful failures in regulation; if liability insurance is motivated by private interests, then there would be little point to removing the subsidies it creates through strict regulation. That same logic explains why more effective policies for addressing systemic risk are not employed in place of liability insurance.”

Aha, EU would have to become apolitical when it comes to banking sector regulation, supervision, policies and incentives, subsidies and markets supports and interventions in order to have a chance (not even a guarantee) the deposits insurance mechanism will work to reduce systemic risk not increase it. Any bets for what chances we have in achieving such depolitization? Yeah, right, nor would I give that anything above 10 percent.

Worse, NBER research argues that “the politics of liability insurance also should not be construed narrowly to encompass only the vested interests of bankers. Indeed, in many countries, it has been installed as a pass-through subsidy targeted to particular classes of bank borrowers.”

So in basic terms, deposit insurance is a subsidy; it is in fact a politically targeted subsidy to favor some borrowers at the expense of the system stability, and it is a perverse incentive for the banks to take on more risk. Back to those three pillars, folks - still think there won’t be any [though shall not call them ‘systemic’] crises with bail-ins and taxpayers’ hits in the GloriEUs Future?…