Last week Italy sold EUR3.5 billion in 2016 Bonds today at an average yield 0.93% and with bid cover of 1.41, delivering a record low yield. At these yields, it is easy to think that the Italian fiscal and economic crises are over. Or at least that they are easing substantially enough to allow for the repricing of risks and some breathing space when it comes to markets expectations concerning euro area's third largest economy.

However, despite the positive news, Italy's economy remains a 'sick man' of Europe and it has been such for some time now. More importantly, the problem is unlike to go way unless Italian economy is reformed; dramatically and radically. 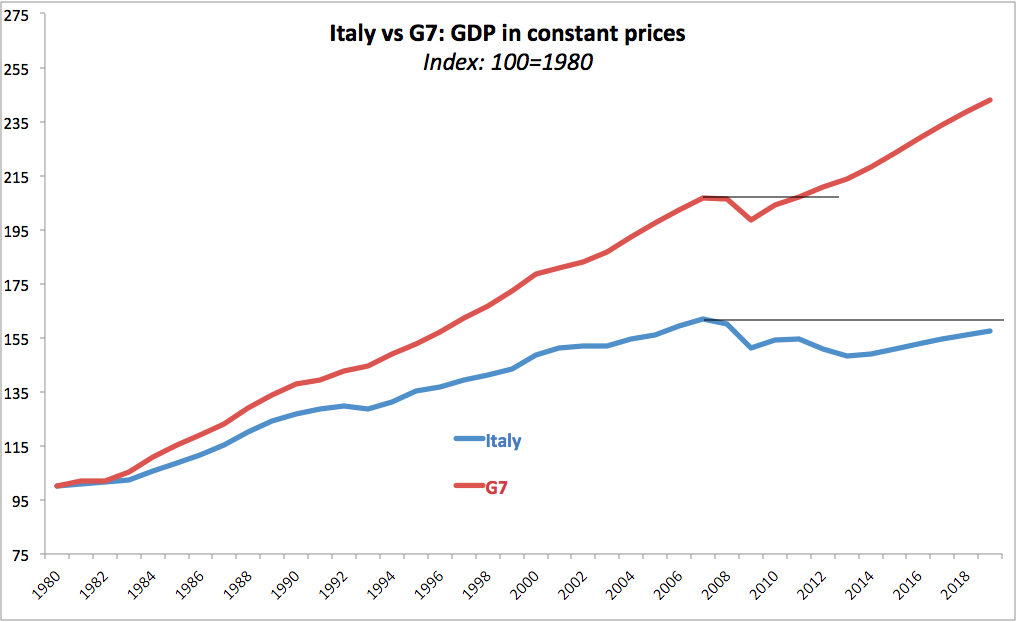 Growth weaknesses in the economy, running over the long periods of time, drive persistent structural decline in multi-annual, generational trends. One of particular note is the trend relating to employment ratios and unemployment. 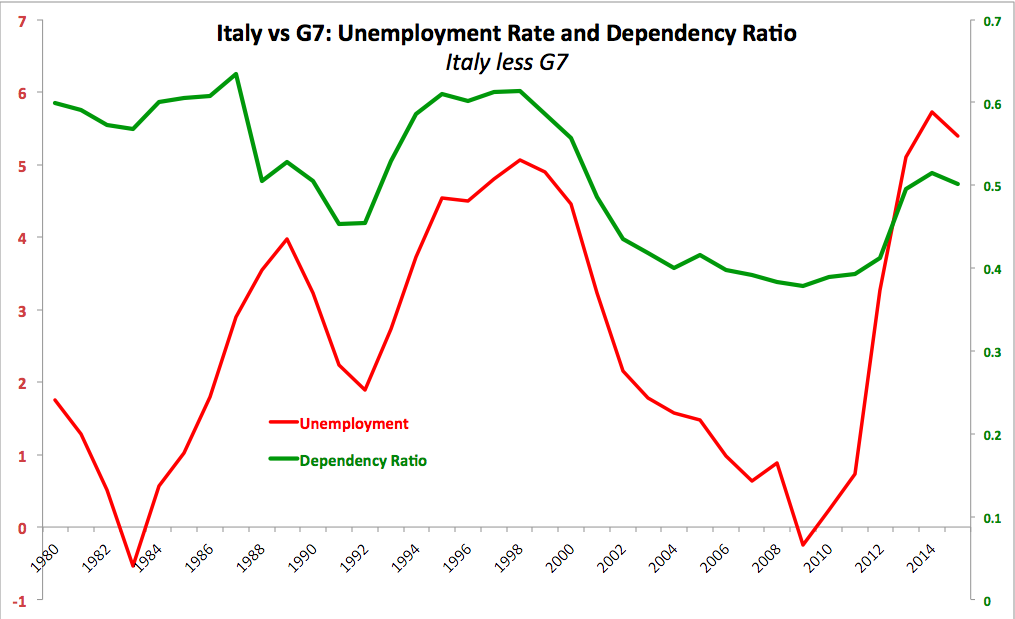 The key takeaway from the above is that Italy is structurally (or in other words long-term, very long-term) sustaining economic development model that is associated with persistently higher unemployment and dependency ratios. Coupled with relatively high emigration, this model is driving generational momentum toward loss of human capital.According to the World Bank data, Italy had one of the highest rates of net emigration of population with at least tertiary education in the 1990s and 2000s - averaging around 10 percent and unemployment rate for those with tertiary education well in excess of the euro area and G7 averages.

This relatively poor performance, when it comes to the country ability to create, attract, retain and enable human capital is a core weakness and challenge for Italian economy that I recently was asked to address by the new political party, PIN: Partito Italia Nuova (https://www.facebook.com/partitoitalianuova) in Milan.

The core argument of my presentation was focused on the thesis that I started developing at IBM (http://papers.ssrn.com/sol3/papers.cfm?abstract_id=2001907) and summarised in my TEDx talk last year (https://www.youtube.com/watch?v=y1sueM_jhSk).

In my presentation in Milan, I looked at Irish experience from the 1980s through present in the context of developing a human capital-intensive economy. Here are some slides from the presentation: 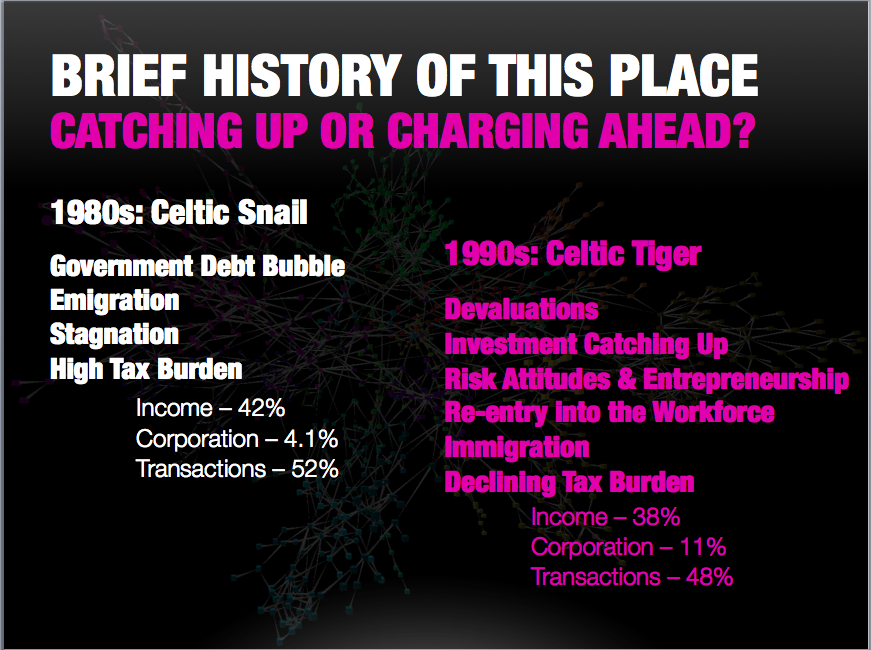 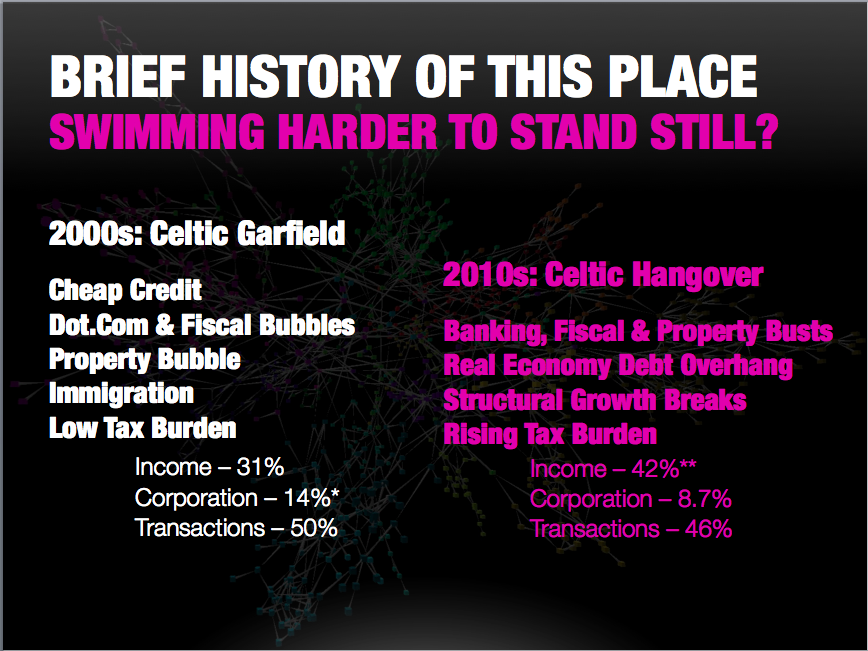 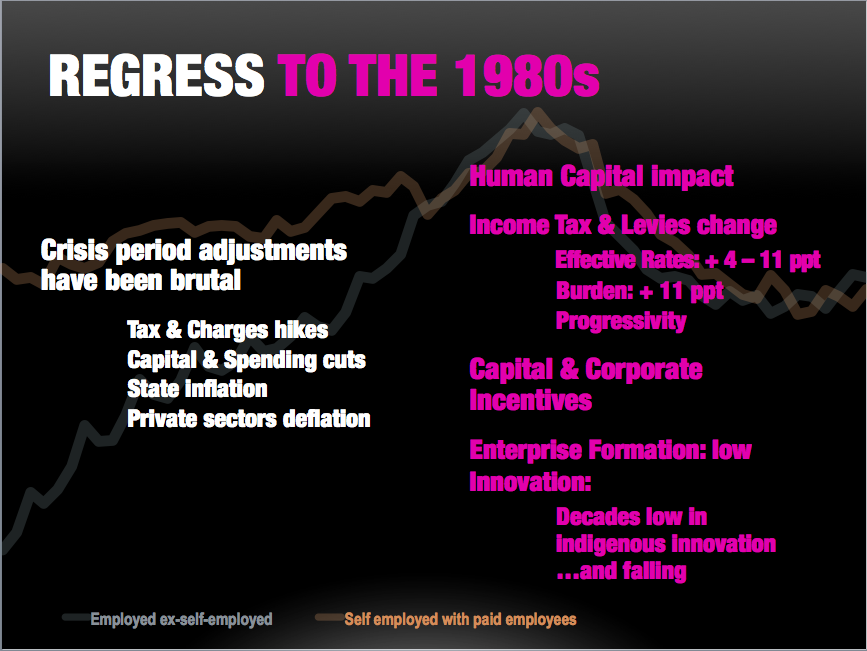 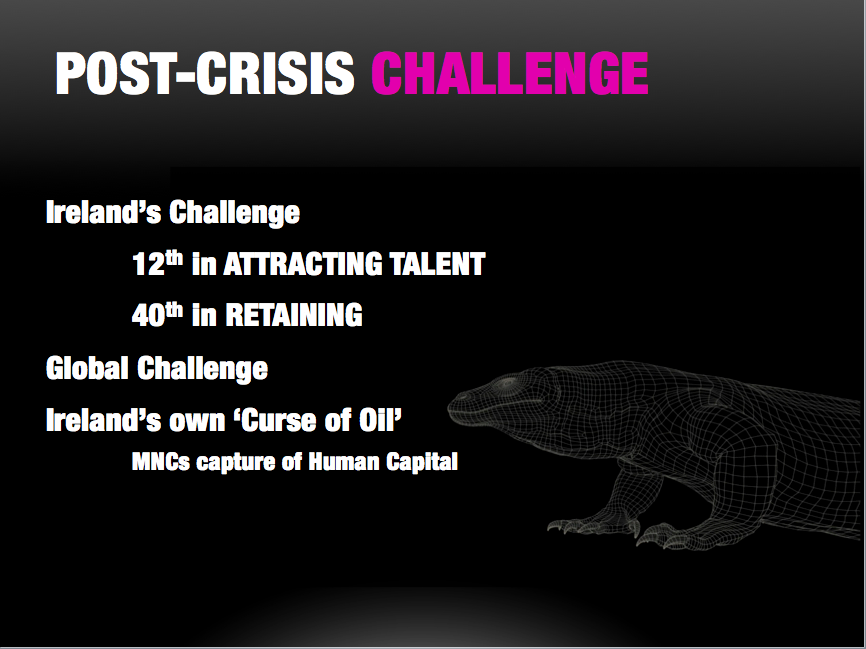 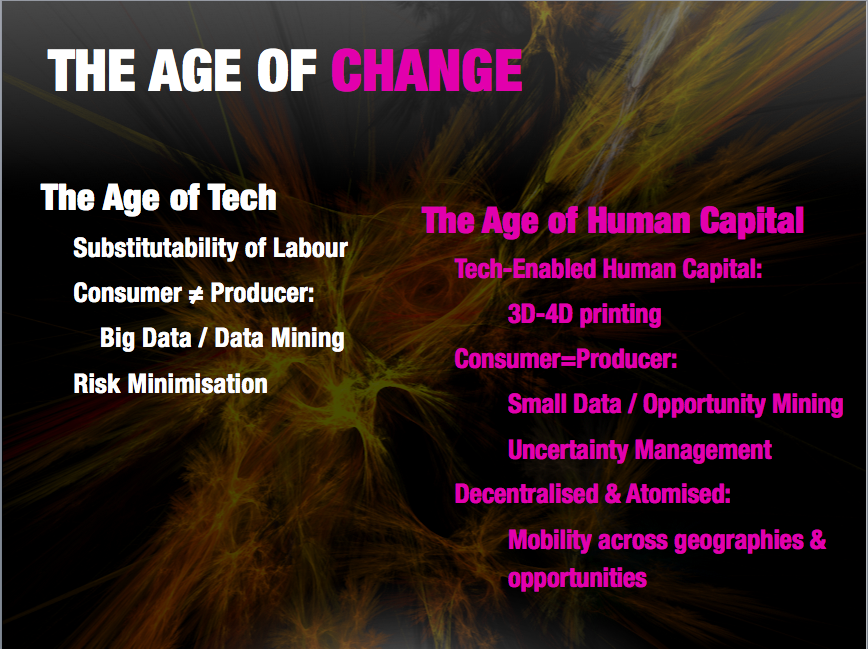 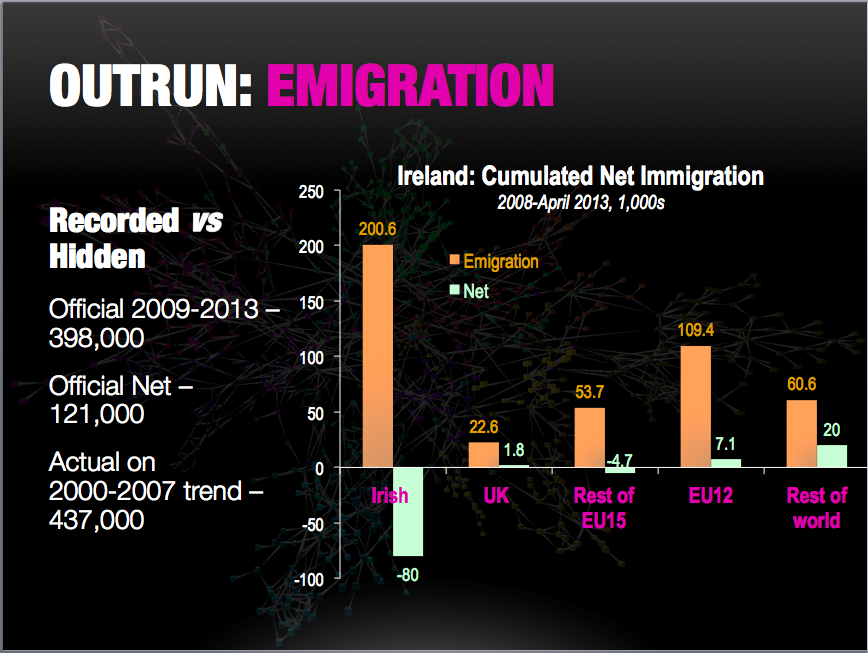 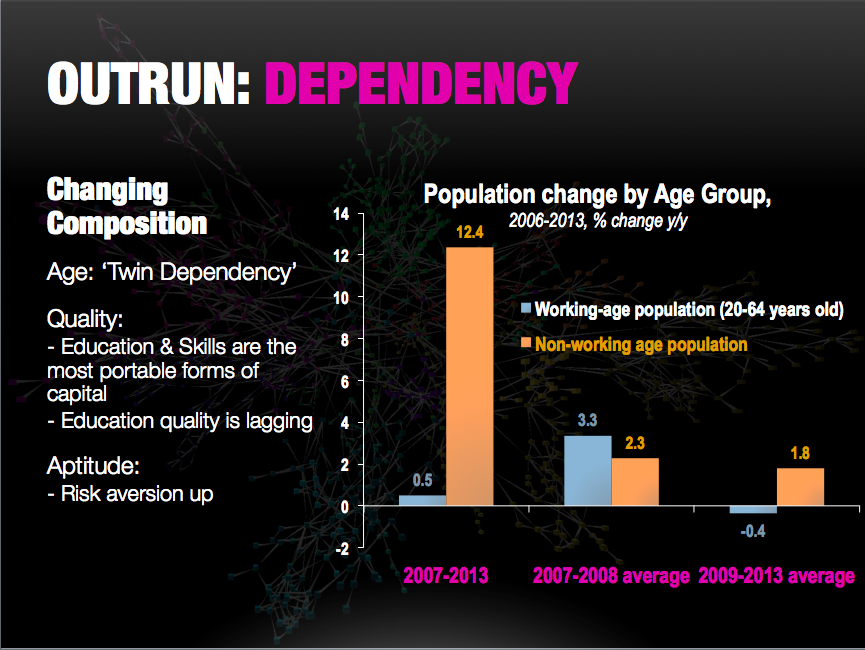 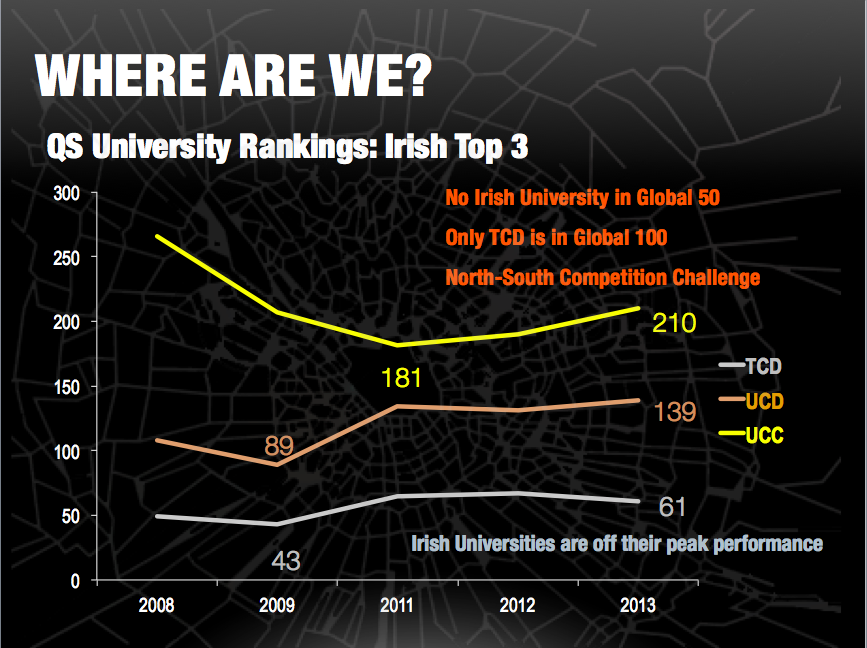 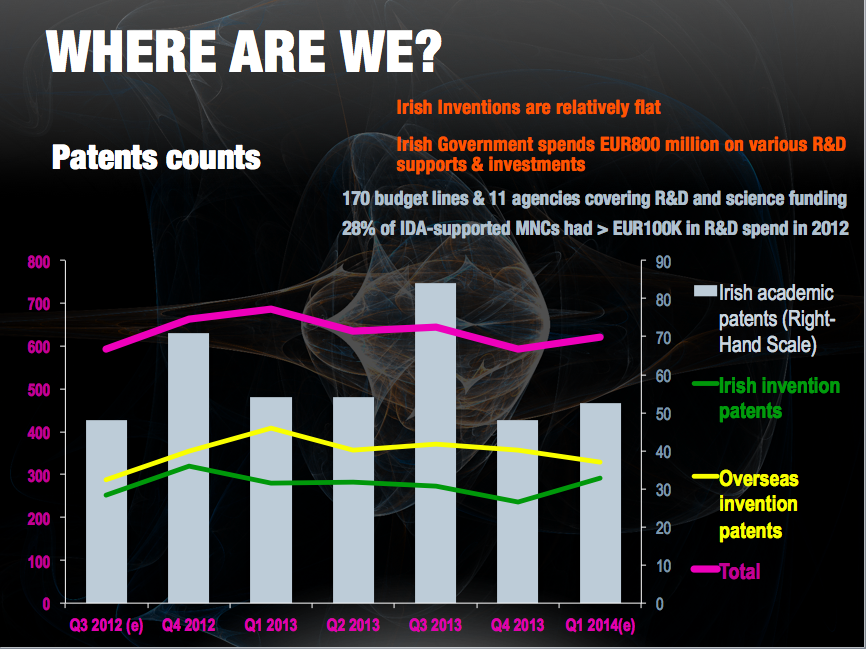 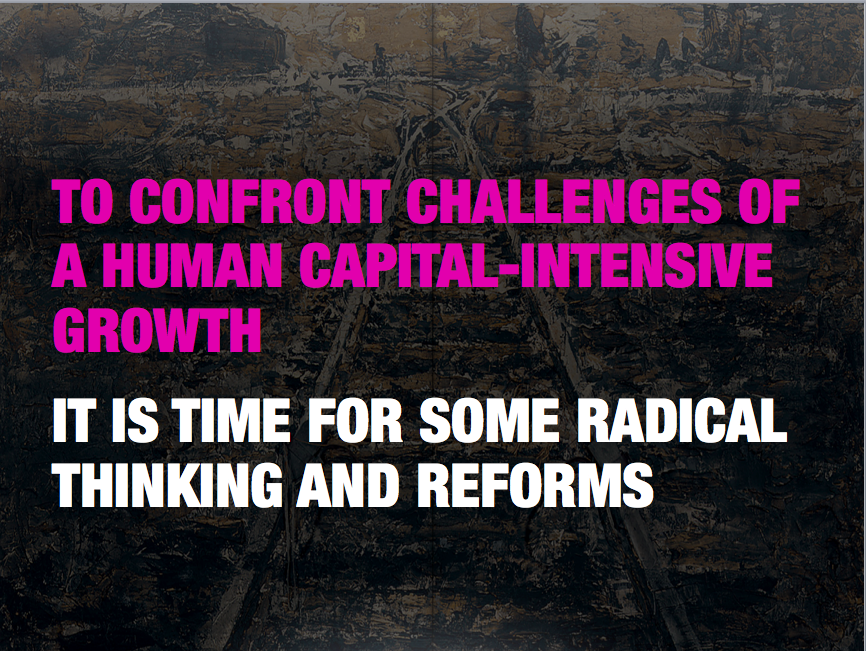 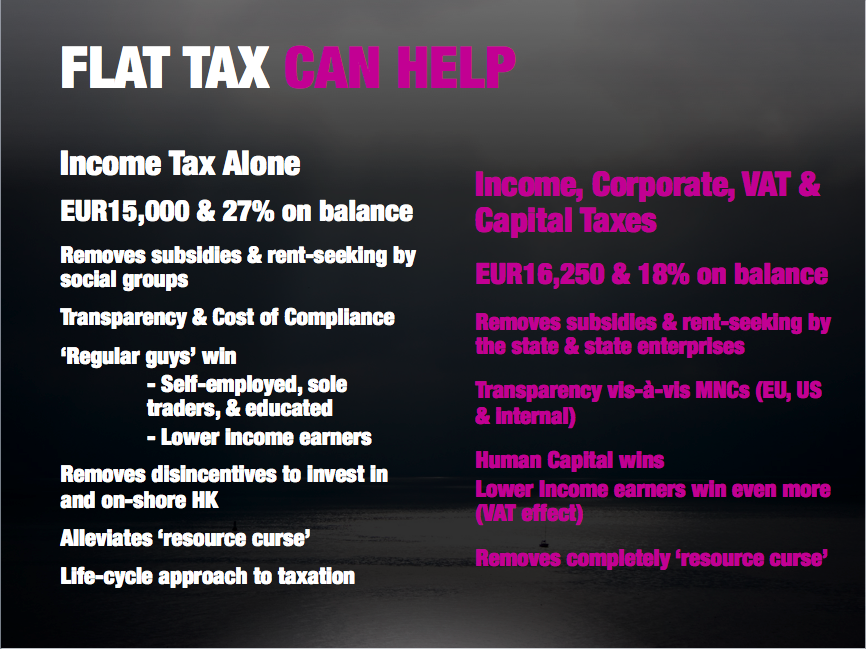 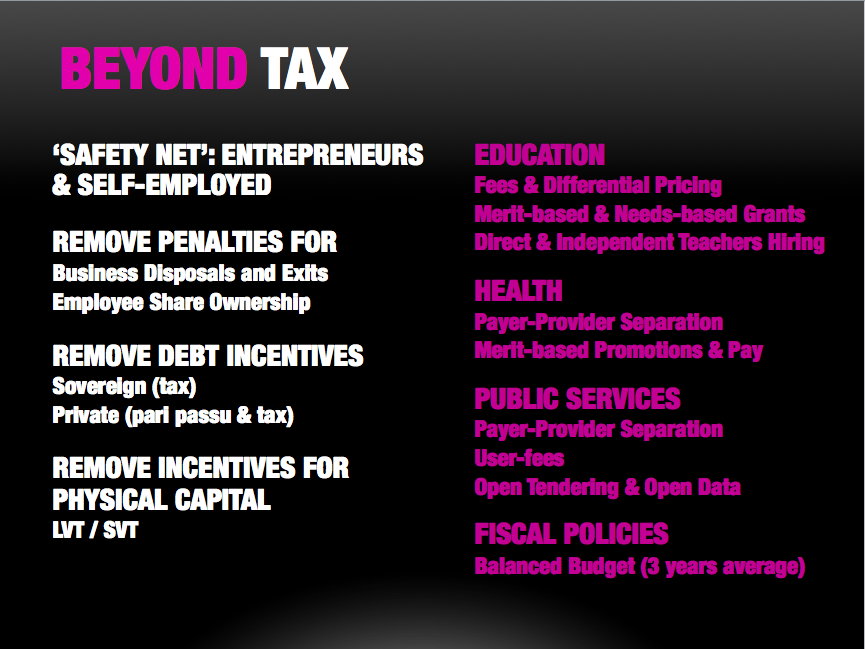 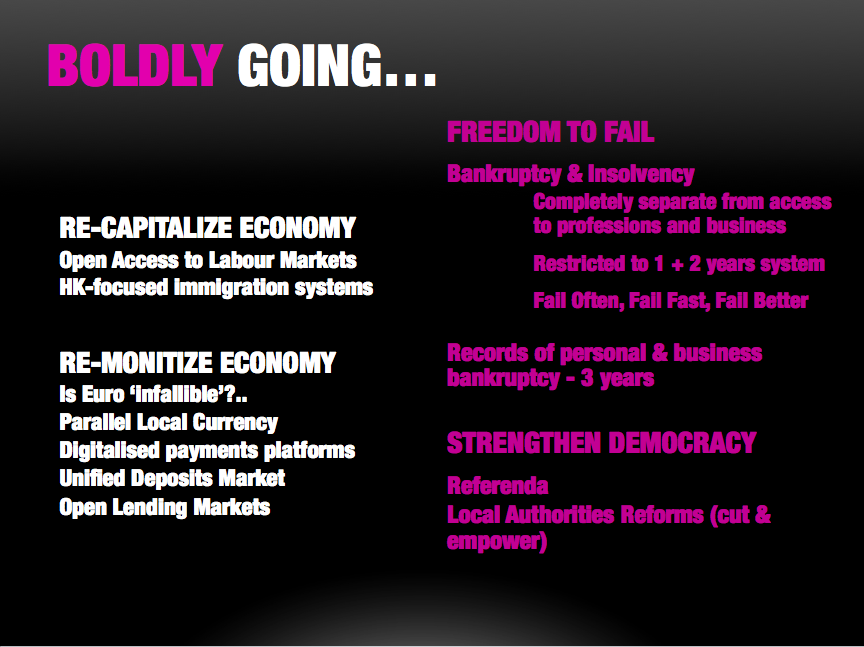 As argued in my analysis of the Irish situation, changes along these lines are required not only to bring domestic economy to pre-crisis levels of competitiveness and growth generation, but also address the pressures arising from international markets and from the transition of the global economy toward greater dependency on Human Capital as the core driver for growth.

The above objectives can be partially addressed via reforms of tax codes that act to simplify tax compliance, reduce tax burden on income from work, and increase transparency of tax systems. Flat tax is one of the best ways to achieve these, but flat tax is just the first step on aligning global realities of Human Capital intensive growth with national institutional and policies frameworks.
Posted by TrueEconomics at 11:04 AM