Chart of the Week, folks, comes courtesy of the ECB database on labour productivity. It contains the full set of productivity indices for Ireland by sector, reported on the basis of productivity per person employed. And it speaks volumes of the myths we hear in the media.

So the Chart of the Week is: 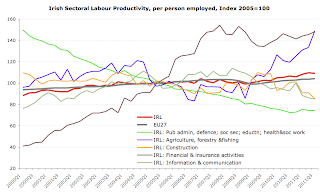 Now, what does it tell us? (And please, no protests - I am decomposing the above chart into some interesting trends using as illustrations more charts). 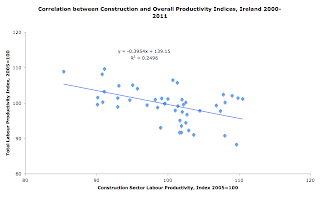 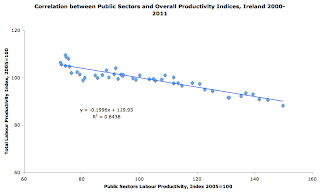 And to summarize the emerging new (crisis-period post Q1 2008) trends, here is a chart plotting correlations between productivity index performance for Ireland overall, against EU27, EA17 and specific sectors of the economy: 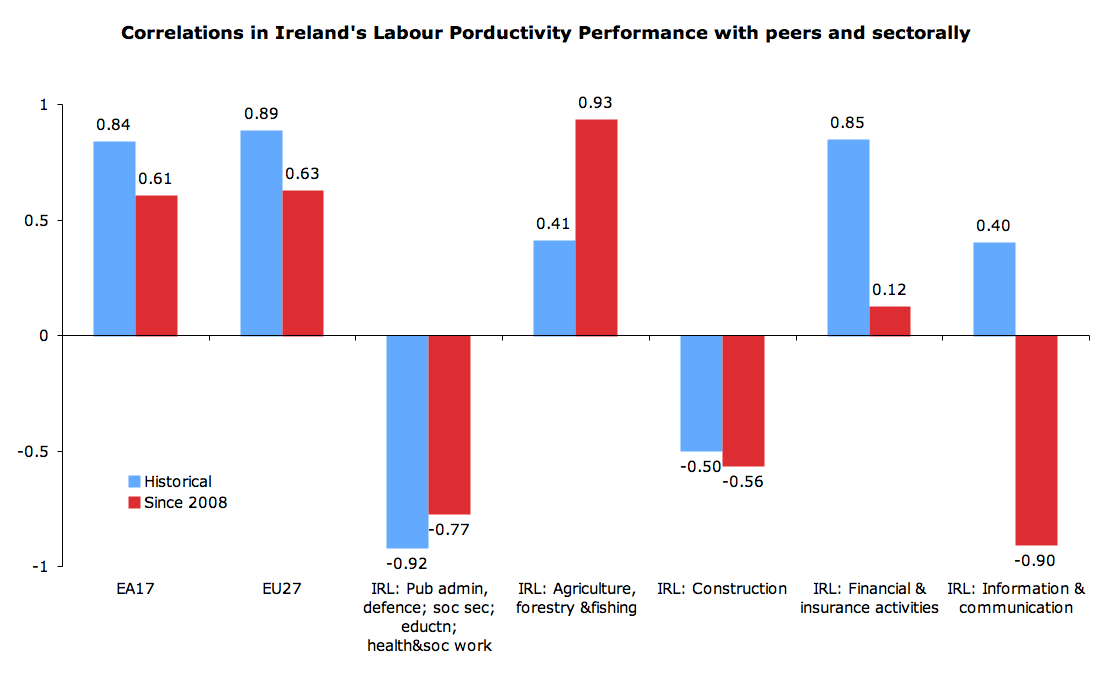 Posted by TrueEconomics at 4:13 PM

What are the measures of public sector "productivity"?

And why have you posted no link to the data?

Frankly, given your known biases, is there any reason to believe that this is anything more than what I'd read in the Sindo on any given week, i.e., public sector=evil, private sector=good?

Frankly, if you are concerned with baises, be my guest - stop reading.

Anyone concerned about your biases can f off with themselves so you can continue to preach to libertarian fellow travellers? Do I have that right?

It's a wonder anyone takes you seriously. I expect that a Sindo column to open up for you any day now.

Ernie. perhaps you are unfamiliar with basic courtesy or politeness. Since someone at some point in time has to teach you these here's a quick synopsis.

This site is a personal site. It is my site. Not yours. You are, therefor, a guest here. Not the master.

If you have no respect for the site author, you should stop reading it. That is your freedom. It is my freedom to ask you to leave this site.

If you are rude, abusive and have no understanding of proper behavior your comments will no longer appear here.

You are not 'anyone concerned' you are Ernie Ball who is, as described - rude, disrespectful and lacking those basic traits of a person I like to see in those reading my blog.

Constantin,
So is there evidence that core productivity is improving in Ireland or is it just mix? E.g. Are labour markets getting more flexible?