Just after Austria, the Czech Republic too has swung decisively in the direction of embracing populism as Populist billionaire's Eurosceptic party wins big in Czech Republic.

As Radio Praha describes it: "The Czech Donald Trump or Silvio Berlusconi, maverick millionaire, political populist, mould breaker; these are all labels that have been tagged on to ANO leader Andrej Babiš".

Jakub Patocka for the Guardian: "Open racism has become a normal part of public discourse. Trust in democratic institutions and the European Union has been crumbling before our eyes. It is shocking how easily and quickly this has happened. Many Czechs are going to the polls with grim fears for the future. A broad coalition of democratic parties is not likely to have enough votes to control parliament. Apart from the far right, communists and a peculiar Czech version of the Pirate party are expected to do well."

The headlines from Prague are sounding more like something the 'Kremlin-backed' news outlets would produce. Except, they are printed by the mainstream international media this time around.

But things are much worse than Babis and ANO victory and 29.8 percent of the vote implies. Four out of top five parties by voting results are now parties with populist leanings, far removed from the traditional Czech elites. The mainstream opposition conservative party, the Civic Democrats, are now a distant second with only 11.2 percent of the vote. Czech Republic's "most radical anti-migration, anti-Islam and anti-EU party, Freedom and Direct Democracy", came in the third place with 10.8 percent of the vote, statistically indistinguishable from the Civic Democrats. Another populist party - the Pirate party - is on 10.6 percent with a Parliamentary representation for the first time in its history. And the Communists got 7.9 percent. In simple terms, more than 59 percent of the voters have gone either extreme Left or extreme Right of the Centre, and backed populist politics. 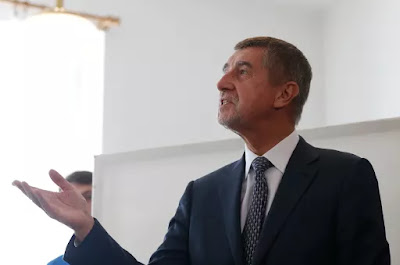 In a recent paper, we explain how the trends amongst younger voters around the world are shifting away from support for liberal democratic values. These shifts are now starting to translate into votes.
Corbet, Shaen and Gurdgiev, Constantin, Millennials’ Support for Liberal Democracy Is Failing: A Deep Uncertainty Perspective (August 7, 2017): https://ssrn.com/abstract=3033949
Posted by TrueEconomics at 5:18 AM