Analysis of public sector efficiencies and effectiveness is a hard and empirically imprecise exercise, with severe risks of running against the very powerful interest groups. Nonetheless, with governments and public sector taking an ever expanding role in management of our society, economy and geopolitical spheres, this task is hugely important.

2019 International Civil Services Effectiveness Index is trying to do exactly that. The index can be accessed via https://www.bsg.ox.ac.uk/about/partnerships/international-civil-service-effectiveness-index-2019.

Ireland (score 0.62) ranks overall respectably above the 38 countries average, in the 14th place, below Switzerland (score 0.65), tied with France and Austria, and just ahead of Spain (score of 0.60). Chart below maps Ireland against Finland (ranked 4th with score of 0.88) in terms of overall index: 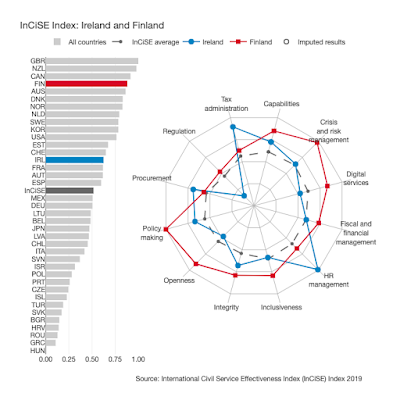 Focusing on just the areas of major underperformance, here are summary charts for the five categories in which Ireland's civil service falls close to or below the group averages: 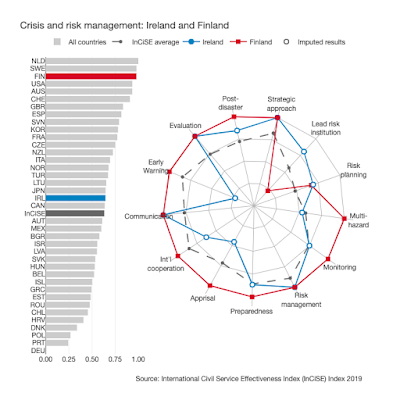 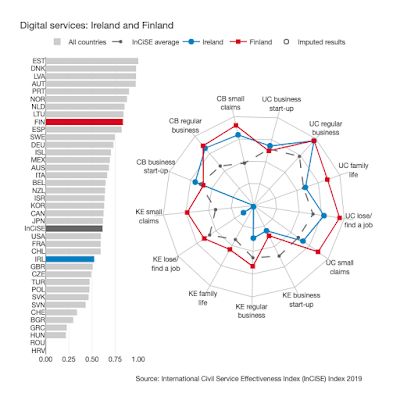 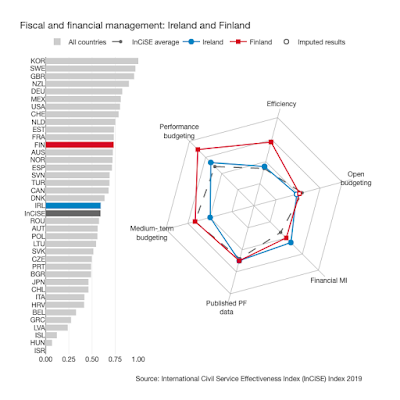 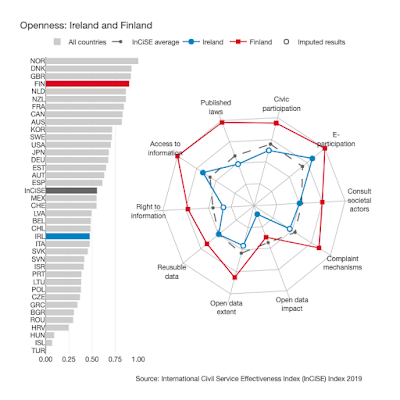 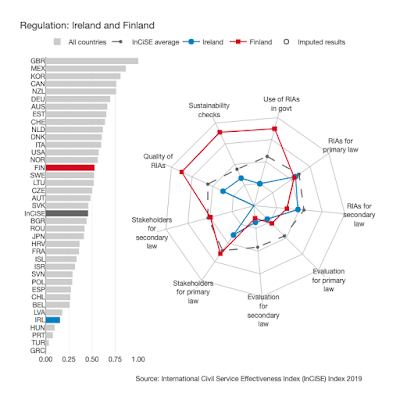 Ireland's underperformance in Digital Services, Openness and Regulation are especially worrying, as these categories should be closely tied to the presence of major ICT leaders in Ireland. This presence has commonly been cited by the Irish officials as a source of technological modernisation of the Irish economy, giving Ireland an alleged competitive edge over the more traditionally-focused economies in terms of adoption, deployment and utilisation of digital services, data analytics, data intensification of decision making etc. If these claims are genuinely descriptive of the Irish reality (a massive 'if'), there is a puzzling lack of transmission of the technological capital intensification of the Irish economy to the civil service in the country.

For all it caveats, the data presented by the study is interesting and points to a number of areas where Irish civil service and public sector can deliver some gains in efficiency and quality of services delivery.

Posted by TrueEconomics at 8:50 PM