Note, to make series consistent with my previous indicator, I use x2 factor on composite PMI readings from Markit, going forward, so reference number here is not 50.0 but 100.0. 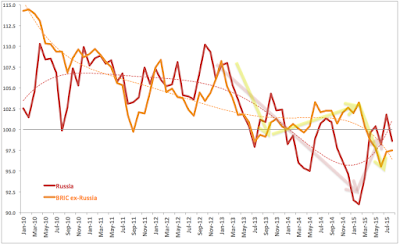 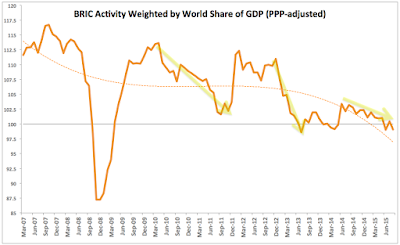 SUMMARY: As charts above show, BRICs as a block are now exerting negative drag on the global economy. This is extremely worrying especially as the core drivers for this weakness are now China and Brazil, opposed to Russia. While Russian economy remains in a recession, overall, it is responsible for lesser share of negative momentum in the BRICs index than the other two troubled economies since around the start of 2Q 2015.

Posted by TrueEconomics at 3:00 PM