The first part of my usual Weekend Links on Arts, Sciences and zero economics (WLASze).

Let's start with some art.


The de Young museum in San Fran is hosting a retrospective of the earlier works of Richard Diebenkorn, one of my most favourite painters of the California School. The retrospective covers asrtist's less known San Francisco period, from 1953 through 1966 before his Santa Monica period which started with his tenure at the UCLA and move to Los Angeles in 1967.

We are into pre-Ocean Park series here and yet, the geometry is already there. I am a huge fan of this artist (possibly a reader knows that, having engaged with me once on a reference to Diebenkorn in her book) 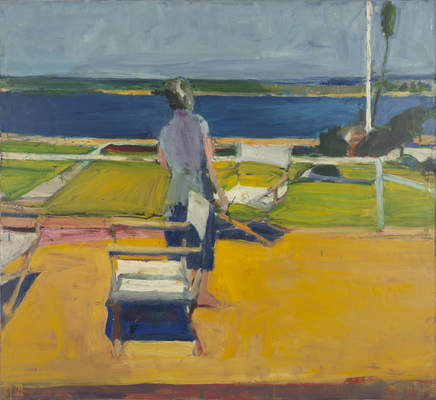 And another pre-transition to more abstract and purist forms of the Ocean Park series: 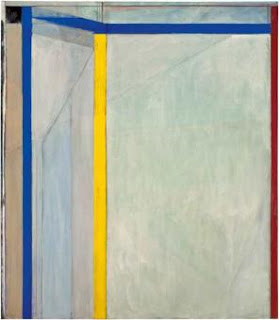 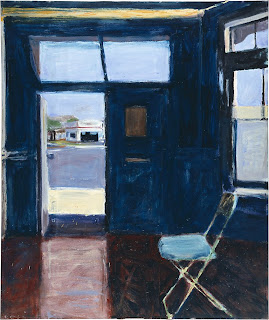 I know, if I was anywhere near Northern Cali, I'd be travelling to the Golden Gate Park! Sadly, I am not...

But let's stay with California for a while longer. An excellent retrospective article on Californian art movement has taken over NYC:
http://www.nytimes.com/2013/06/21/arts/design/ken-price-yes-the-ceramics-are-art.html?pagewanted=all&_r=0

And it links to the ceramics of Ken Price at the Met via my old hang out of LACMA (I miss it ever since leaving LA): http://www.metmuseum.org/exhibitions/listings/2013/ken-price 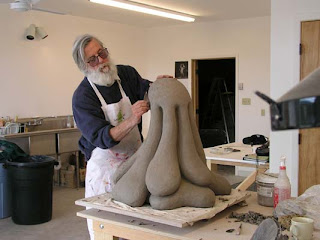 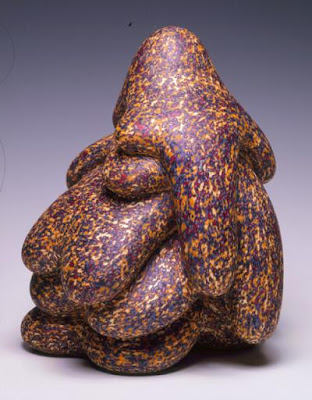 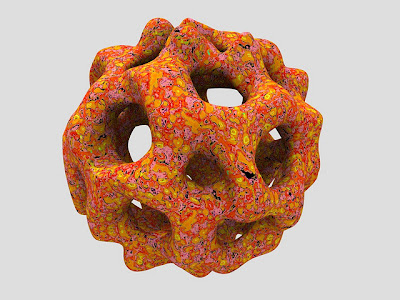 Price has been in the spotlight of critics and collectors since the 1960s, alas, museum curators were not as enthused about his work and he was rarely exhibited on the scale he deserved.

Trivia bit: Price worked in Taos, NM, which links him to a much earlier Russian painter, Nikolai Fechin though any comparative ends with geography.

What would big data think of Einstein? I personally have no idea, though I think someone at, say, IBM should model this for fun... But I do know that random discrete leaps in logic are not manageable in today's computational environment. Computers can be taught to perform then, but they cannot perform them at will. "Genius is about big ideas, not big data," says the author. I agree. And the rest of the article is good.

But it makes me wonder: what is the role for the Big Data in future? Is it to make us better match our 'propensities' and 'preferences' to offers? If so, we are for a sh*t load of trouble as human nature goes, because Big Data will attempt to optimise our 'resources' (time and effort and money) away from us making unforced and forced errors. And we learn from these errors - often more than what we learn from incremental delivery of reinforcers of our taste and preferences.

I don't know if I can ever come to like, say, wearing orange trousers (though @brianmlucey did spot me before wearing yellow ones), but if the Big Data feeds me an infinite loop of navy khakis (colour I do like) via my FB page ads, for ever, I might never find out whether I can wear orange… And I might save money (not purchasing that which I might not like) and even time and effort and use these to working or thinking or getting incrementally better at something else… But what if wearing once orange trousers as an even erroneous form of inquiry prompts a conversation with a person I wouldn't have encountered if not for the awkward trousers? What if it leads to a collaboration, or a seed of an idea, or a negative experience that prompts learning and discovery?..

By reducing risk of an error, Big Data-driven approach to life limits heterogeneity. That's a pretty high price to pay for efficiency. I think this is the main point where Big Data becomes orthogonal to mankind. Author's "Today, Einstein might be looked at as a curiosity, an “interesting” man whose ideas were so out of the mainstream that a blogger would barely pay attention." Yep... like orange trousers - never to be tried.


Staying with BBC material - a small taster on design http://www.bbc.com/future/story/20130308-why-great-designs-never-stay-the treat it as a prequel to my Sunday Times article this week… Note - evolving design is design that drives growth (growth is change, transformation). Now, think economics... no, well, save economics for my Sunday Times missive...


But back to science (sorry - is math science?) and machines (is Big Data mechanic in nature?): http://www.newscientist.com/article/dn23749-mathematicians-think-like-machines-for-perfect-proofs.html#.UcnaCyuglF9 If humans are (Einstein above) non-computable, can computers be humanised? Can humanity be reverse-engineered into AI? Brilliant stuff… but, pair this with Big Data dilemma arrived at earlier. What do you have? Technology and mechanisation as forms of colonising human domains of identity and thought. Where does this end? Well, in some sort of an anti-colonial revolution and post-colonial sub-order. Good luck envisioning the world where Facebook no longer matters because we (humans) decided it shouldn't…


Still on New Scientist's frontier: building an ultimate fridge http://www.newscientist.com/article/mg21829222.100-ultimate-chill-the-epic-race-to-reach-absolute-zero.html MrsG been complaining about our kitchen fridge, but mostly because of its size… not exactly because it doesn't quite deliver 'Absolute Zero'…

When you think about it, Absolute Zero is an Absolutely Cool concept - and as an Absolute, unattainable. Temperature is a square of the average molecular speed - the speed of atomic movement. Zero temperature = zero motion of atoms. Stop atoms moving and you get Absolute Zero temperature. The absolute zero is estimated at -273.15 degrees Celcius or 0 K. In order to cool something to X degrees, something else, the cooling agent has to be at
Posted by TrueEconomics at 11:07 PM